Yesterday AT&T and Apple were having a lot of difficulty keeping their servers up apparently, and with good reason.  Apple sold more than 600,000 iPhone 4’s on the first day. That’s at least $120,000,000 in revenue on the first day, and definitely more since they sold both $199 and $299 models.

My father and I were two of those 600,000+ pre-orders that managed to get in on the first day, despite technical difficulties.  Looks like we’ll be getting out iPhones on June 24th! 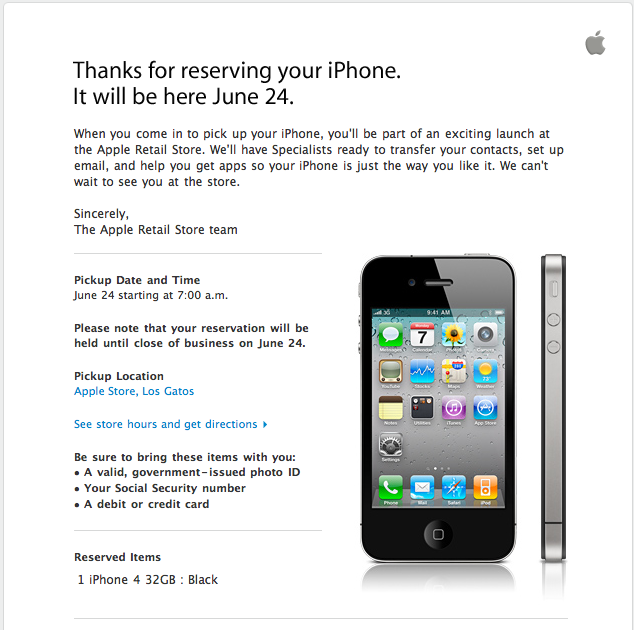 Unfortunately, I wanted a white one and they were only selling black ones on the first day. No big deal though, I’d rather have a black iPhone then have to to wait up to a month for a white iPhone.  I think this year I’m going to camp out overnight at the Los Gatos iPhone store.  In 2008 I waited in line for almost 8 hours with my dad, sister and two of my friends.  It was hot, crowded and boring.  I figure if the doors open at 7 AM, and I get there at midnight, then I’ll have only waited 7 hours, and the weather will be much more agreeable.

In somewhat related news, I got to test out a cool iPad app that is coming to the iPhone soon.  I’m bound to secrecy due to the NDA, but I will say that I did actually land an interview at the company tomorrow! Internships ahoy!

← Why I’m looking forward to the iPhone 4
Preliminary iPhone 4 Review →
Logging In...